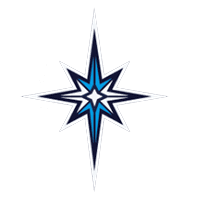 A hunched back caused by kyphosis is a common issue that about three million Americans receive a diagnosis of each year. If kyphosis is causing cosmetic or comfort concerns for you, see the specialists at The Metropolitan Neurosurgery Group in Silver Spring, Maryland, for treatment. The board-certified neurosurgeons offer conservative and surgical treatments to repair all causes of kyphosis, including aging, trauma, and Scheuermann’s disease. To schedule a consultation, call today.

Kyphosis is the medical term for abnormal curvature of the back, sometimes referred to as a hunchback. With kyphosis, the spinal column bends more than normal, creating a large arc in the spine, often in the mid-back.

There are three types of kyphosis in adults:

To determine the cause of kyphosis, your provider examines your spine and takes X-rays to identify any areas of damage to your spine or bony abnormalities that you were born with or that developed over time.

When Does Kyphosis Require Treatment?

While kyphosis is common and often doesn’t cause any medical concerns, if you’re unhappy with your posture or experiencing the following symptoms, The Metropolitan Neurosurgery Group can help.

Your provider evaluates your spine for degeneration and the risk of progression of your kyphosis. In severe cases, it can make daily tasks difficult and may make sitting, sleeping, or walking difficult.

How is Kyphosis Treated?

Based on the cause and severity of your kyphosis, your provider may recommend conservative therapies to relieve your discomfort — like a brace for young patients who are still growing or physical therapy — or an interventional surgical procedure to slow or stop the progression of moderate to severe kyphosis. They may also give you anti-inflammatory and osteoporosis medications when appropriate.

Set up a consultation to discuss your kyphosis and spinal health now by calling The Metropolitan Neurosurgery Group.